Westminster Wrap Up
By Jessica Freni
Photo Above by Diana Han, Nor Cal Bulldogger,
Used with Permission

“Not all pets are show dogs, but be assured every show dog is a pet.”
– Mrs. Patricia Trotter, Westminster 2021
These words by the experienced and esteemed judge Mrs.Patricia Trotter brought to a close the 145th Westminster Kennel Club show from Lyndhurst Mansion,  Tarrytown, NY. It was both the most unconventional show,  with a change in season and venue, but somehow reassuringly conventional, preserving the prestige and tradition of WKC as it’s existed continuously through decades to remain the second longest contiguous US sporting event.

Mrs. Trotter is an undeniable legend in the sport- author, breeder since 1951(including AKC Breeder of the Year in 2004), handler, judge- with a long history at WKC, having won ten group firsts as a Breeder Owner Handler. Her selection and words would carry particular weight given her status and outstanding record in a show she described as “one for the ages”. 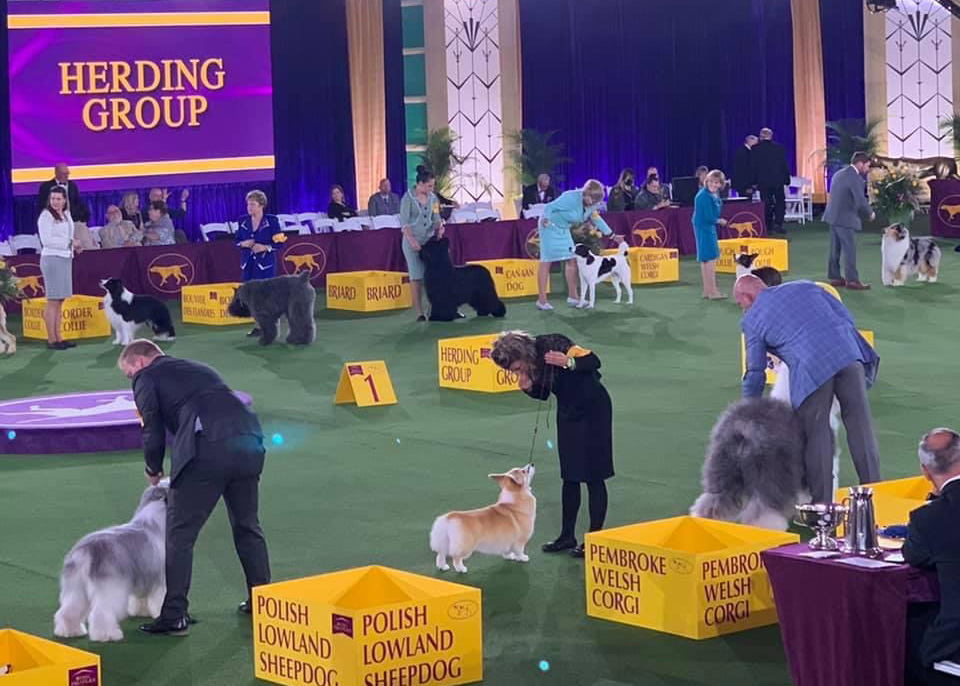 *Photo by Jane Will and used with permission.
Mrs. Trotter took the opportunity before crowning Wasabi, Pekingese Breeder Owner Handled by now two time winner, David Fitzpatrick, best in show in a “sterling lineup” to deliver a thoughtful and thought- provoking speech (available on YouTube in its entirety). Though brief, it resonated with both the community and hopefully, with the casual, dog- loving viewer. Mrs. Trotter touched upon the importance of breeding, the dogs who have come before the dogs in front of us and the common thread that binds us all “we love all dogs as dog lovers.” As we go forward in our show careers, breeding programs, breed advocacy let’s all take Mrs. Trotter’s simple words to heart and put them into focus,  “Not all pets are show dogs, but be assured every show dog is a pet. ” If we live these words not only will be succeed in the show ring, but if we show the public this not only will our sport survive, our purebred dogs will.